Contents hide
1 Happy 20th wedding anniversary
1.1 Happy 20th anniversary, my dearest. The years have made us both wiser and much more in love with each other than before. I love you.
1.2 20 years is a long time to be married. We now have our own children, almost ready to start living their own lives apart from us. I love you, I love us, and I love everything that we had together as a married couple.
1.3 It’s already our 20th wedding anniversary today my dear, can you believe it? There may be many things that I regret in life, but being with you was the best decision that I’ve ever made.
1.4 Happy 20 year anniversary my darling. I might not show if often, but I do appreciate you. I appreciate everything that you have done for us both, and I will never be able to thank you enough.
1.5 Dear parents,
1.6 It is hard to believe in real love but I can’t help it,
1.7 I have started believing in bond of love,
1.8 I have started believing in marriages,
1.9 I have started believe in existence of love,
1.10 On completing of 20 years of marriage,
1.11 I wish you both a very happy 20th marriage anniversary.
1.12 You two make a perfect couple, Who have spent together decades double!!! Happy wedding anniversary!!!
1.13 I have never seen a strong bond that you both share,
1.14 You have made marriage a lovely relationship,
1.15 You carry this bond amazingly,
1.16 You prove it that world is incomplete with love,
1.17 Wishing you a very happy 20th marriage anniversary.

Here’s to our 20-year anniversary – the adventures we had together, the amazing discoveries we’ve made with each other and the memories that we will continue to make.

My lovely parents, I can’t imagine even a single second without you but when I see you happy together I offer you some space. I have someone who inspires me a lot. Mom and dad, you both are my inspiration. Happy 20th Marriage Anniversary Dear Parents. 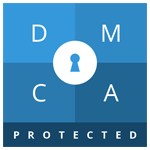